The Human Sciences degree course originated from a series of discussions in Oxford in the 1960s among academics from the biological and the social sciences. Their aim was to create an interdisciplinary approach to the study of human beings. After a University-wide debate, the Human Sciences course was set up in 1969. The intake has grown from 15 students a year in the early days to about 30 now.

The Institute of Human Sciences is based at The Pauling Centre, 58a Banbury Road. It is administered through the School of Anthropology and Museum Ethnography, within the Social Sciences Division.

The Pauling Centre was opened by Harold Macmillan in 1981. It is the administrative centre of the degree and also acts as a social centre for undergraduates. It provides a lecture room, tutorial rooms, library and kitchen and given the broad nature of the degree, plays a crucial role in helping to coordinate the activities of students and lecturers and the different parts of the Human Sciences course. 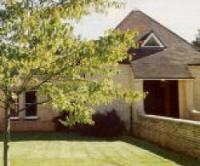